Project – Build An Apple Newsstand App On A Shoestring Budget

This is going to be the first in a series of articles discussing how I am going to build an Apple Newsstand App on a tiny budget.

As a bit of background for the last four or five months I’ve been working on producing magazines through the Apple newsstand store in iTunes. I have two magazines published one of which is doing fairly well and the other absolute garbage.

Because I have seen both sides of the coin – one magazine doing well and the other not, I quickly decided to discontinue the poor performing magazine. But it is still on iTunes and can be downloaded whenever anyone shows an interest.

The system that I used to publish these magazines I don’t want to reveal just yet because what I want to do is make an attempt at creating a new way for me to publish magazines without incurring any huge cost.

For those of you not familiar with newsstand apps there are some strict guidelines that you must follow that Apple impose. The main rule is that your newsstand has to provide the facility for users to subscribe to your publication.

Having the subscription option inside your magazine app means you have to have a system in place that can automatically send new issues of your publication to subscribed users.

The big deal is you need your own web service that can control how new publications are released to your subscribers. In other words you need to have a system in place that can record the details when new users subscribes to your magazine so that when a new issue of your publication is ready to be released you can send a message out to the user to allow automatic download of your new issue to the users device.

Say what? Newsstand applications are different from normal apps in that they allow background downloading of new content in your app even when the user doesn’t have your app running.

So with that in mind I need to be able to use or create a system that can automatically push new issues to the user’s device from a web service.

This is quite a tall order not just because I need to know how to create the iOS newsstand App but I would also need to know the technology that goes into creating a web service to handle all the backend work and then have the two sides of the app talk to each other.

Now Hold On Just A Minute – I don’t know how to program in X-code or PHP!

So how am I going to do this? I am going to use the service that I have played around with a little in the past but haven’t actually achieved anything in it. This might not be filling you with confidence but from the tinkering around that I have done already, I know that can achieve this.

So first things first let’s go through exactly what I’m going to be covering in no particular order:

Why am I creating this guide?

Well, there doesn’t seem to be much information that shows people how to create Newsstand Apps without paying out a ton of money.

I mentioned a little earlier that I want to create myself a new way of making Apple newsstand style apps and whilst it’s true that I will be dependent on a third party for the back-end system, if everything goes well I will then consider having developers to create a platform that is solely mine that I can share with others. Thus, removing any dependency on any other company. But, this is a long long way off.

The main goal of this exercise

Before I get started, what I want to do is show you some of the existing solutions that I have come across to help create new stand apps. You will see that most of the existing systems are priced to allow most companies to jump on board and generate their own magazine apps but the pricing still isn’t what I will call cheap.

There is still a considerable barrier to entry for most independent publishers who are trying to bootstrap or stick to a tiny budget.

So what are want to achieve here is to show you were system that I come up with that will enable you to follow along with what I’ve done and generate your own newsstand magazines.

Just before we get onto a couple of videos you might wonder if there is a big market for newsstand apps. Do you read magazines? That industry is changing and changing fast.

Have a really good think to what can be included in a newsstand style app. We’re not just talking about magazines here – if you think about what can be done with mobile apps you can turn your publication to anything you like.

I decided to include a video at this point as I think it is much easier for you to see yourself what barriers stand in the way of independent publishers.

As you can see, the 3 services I covered here look great but you need to invest a fair chunk of money to get going.

If you want to see the sites yourself, here are the links:

I hope you follow along with me. Please please please ask questions. I would love to hear from people who want to produce their own digital magazine and are looking for a solution.

Most Popular Q&A For The Make A Magazine Course

Speed Up Your Magazine Publishing With Pubzie

This site uses Akismet to reduce spam. Learn how your comment data is processed.

I Learnt From JIM 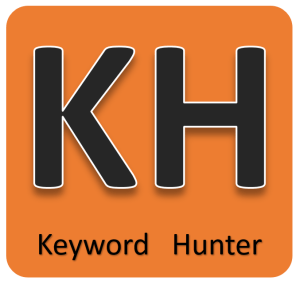